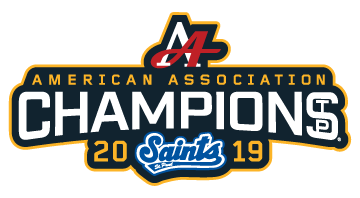 The St. Paul Saints are heading into their 28th season and their 6th season at CHS Field. The ballpark is conveniently located near downtown St. Paul with easy access from I-94, Highway 52, and public transit (including light rail).

Known for innovative promotions and a "Fun Is Good" attitude, the Saints have been recognized locally and nationally for their creativity and customer service. CHS Field allows fans to enjoy the entertainment accommodations they expect in the Twin Cities at a value only the Saints can provide. CHS Field provides unique areas & experiences for your group to entertain your family, friends, employees, and clients!

In 2019, the Saints won their first American Association Championship in 15 years and look to continue their success on the field in 2020, while staying the most affordable, fun and entertaining sports experience in the Twin Cities! 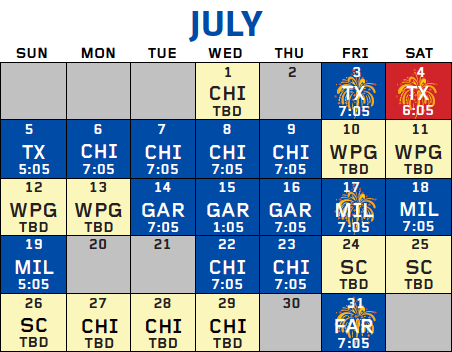 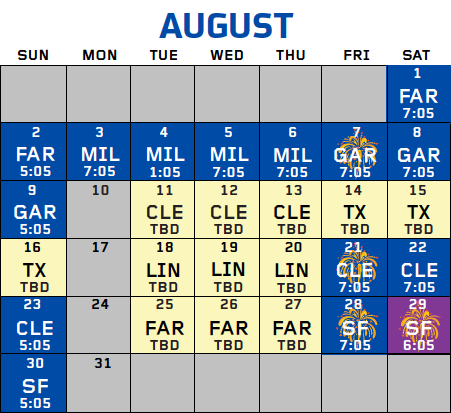 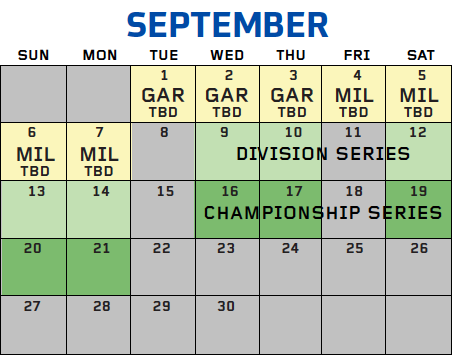 Back to The Saints Experience

The Securian Club is the most upscale experience at CHS Field. With a beautiful, climate controlled indoor space and stadium seating overlooking the field, the Club is a great space to host a group of guests. Everyone in the Club receives complimentary food, select draft beer, house wine, and non-alcoholic beverages for the entire ballgame.

The Double Nightly Suite at CHS Field is an opportunity for your group to have exclusivity and the utmost premium experience in the Twin Cities. With air conditioned indoor area and an outdoor patio with furniture and stadium seats, it is the perfect space to entertain clients or colleagues. Your group will have a suite attendant throughout the night to deliver food and beverage orders and there is an opportunity to prearrange food and beverage from an extensive suite menu.

The Star Tribune Skybox is one of the most popular group spaces at CHS Field. The open-air suite is located on the Club and Suite level and includes a themed pre-game picnic. It is perfect for companies looking at a space to mix and mingle throughout their event with spectacular views of CHS Field below.

Equipped with sliding walls, guests can have a climate-controlled environment or an open-air ballpark experience in the Riverview Suite! This space is perfect for groups looking for a premium experience and also being able to be a part of the FUN.

Back to Premium Group Areas

The Treasure Island is perfect for groups looking for a unique and exclusive experience to eat and watch the game! With a ship on the top level, your group will enjoy a four level space located in the right field corner of the ballpark. Your guests can choose if they would like elevated views of the field or watch from field level

The Craft Beer Corner is one of the most unique picnic spots at CHS Field. Located in the left field corner, the area is directly next to the Saints craft beer taps, giving you and your guests access to purchase a number of Minnesota made brews. Flights are available for purchase to sample multiple kinds of beers! Fun for groups of 60-80 people, this space will be exclusively yours for the entire game!

The SPIRE Sun Deck is located on the roof of the brand new City of Baseball Museum! This outdoor space will feature high top and low top tables with incredible views of the field and the downtown St. Paul skyline. This nightly group rental area is perfect for a company outing looking for a unique space to mix and mingle while enjoying the Saints game.

This rooftop deck can accommodate two groups of 80-100 guests or one group of 150-200 guests. A pre-game meal will be served along with soda and water. 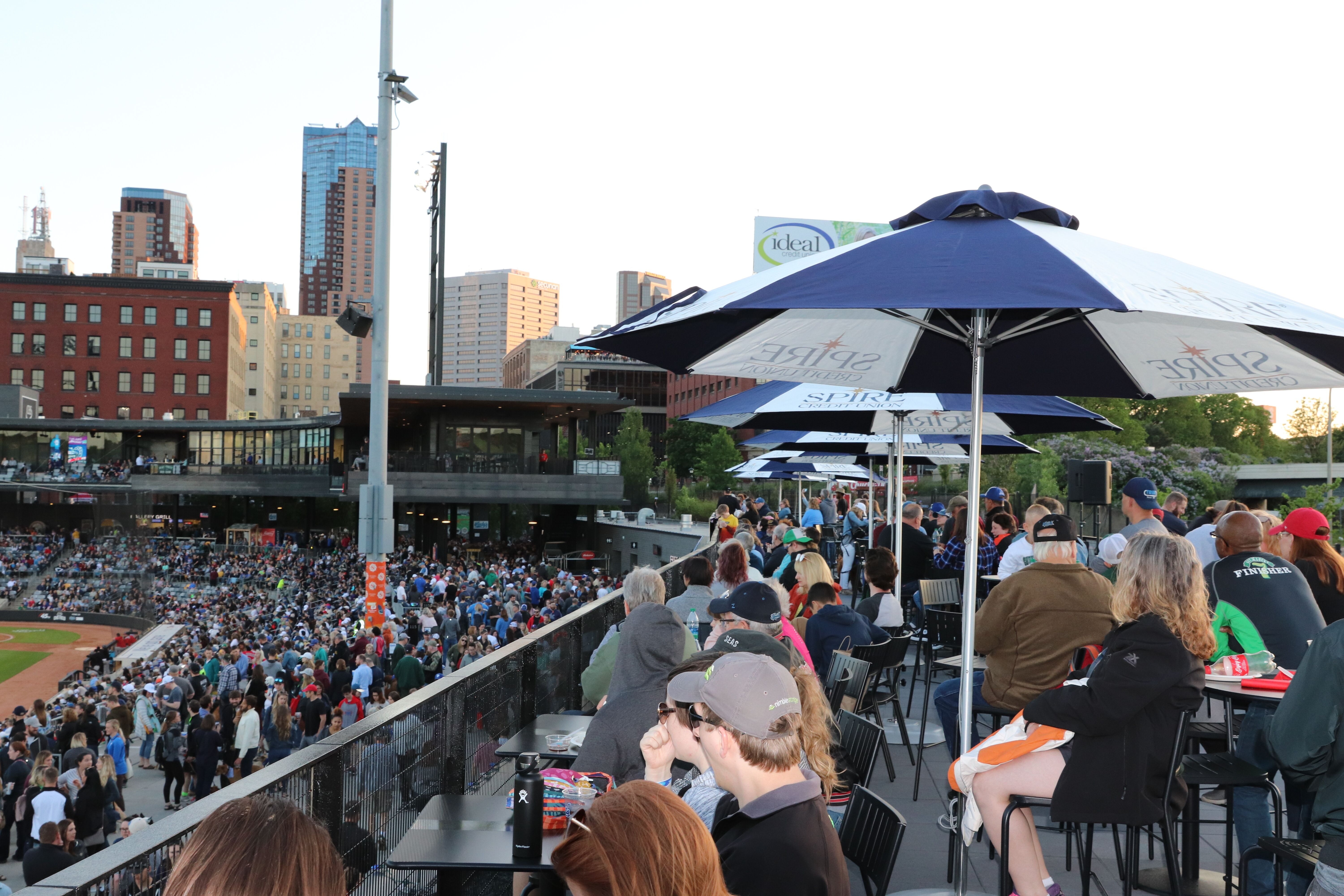 The Summit Brewing Balcony is a one-of-a-kind group space located on the club and suite level behind home plate. The exclusive area is perfect for 12 guests and features a self pour tap table that highlights 4 of Summit Brewing's most sought after brews. 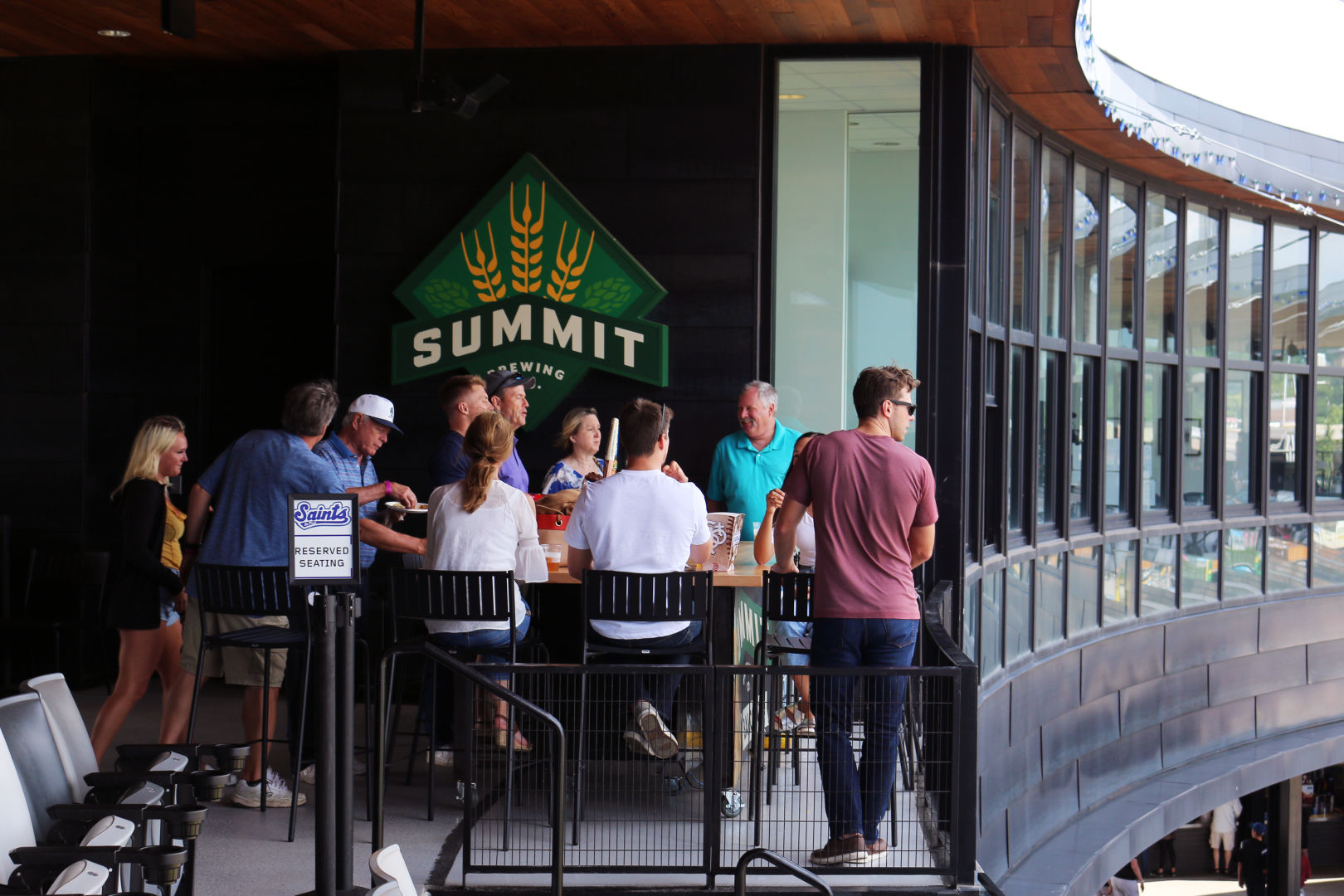 Sit at field level, close to all the action, with a box attendant to meet the needs of each of your guests. 10-12 people can enjoy the game from left-centerfield in a private area featuring a large screen TV and drink rail seating. Plus enjoy complimentary Killebrew Root Beer & bottled water!

Back to Specialty Areas

Continue to Something More

The Gallery is designed for upscale hospitality for two groups of 50-60 guests (or one group of 100-120 guests) on the concourse level directly behind home plate. This area is great for groups interested in a picturesque space to host a pre-game picnic. The Gallery provides the perfect mix of fun and classy with some of the best views of CHS Field and art created by local Lowertown artists.

Back to Picnic Areas

Saints Bucks are a great way to treat your employees or clients to a fun night at the ballpark. They come in $1 and $5 denominations.

Saints Bucks are redeemable during your picnic or inside the ballpark at concession and merchandise stands throughout CHS Field. 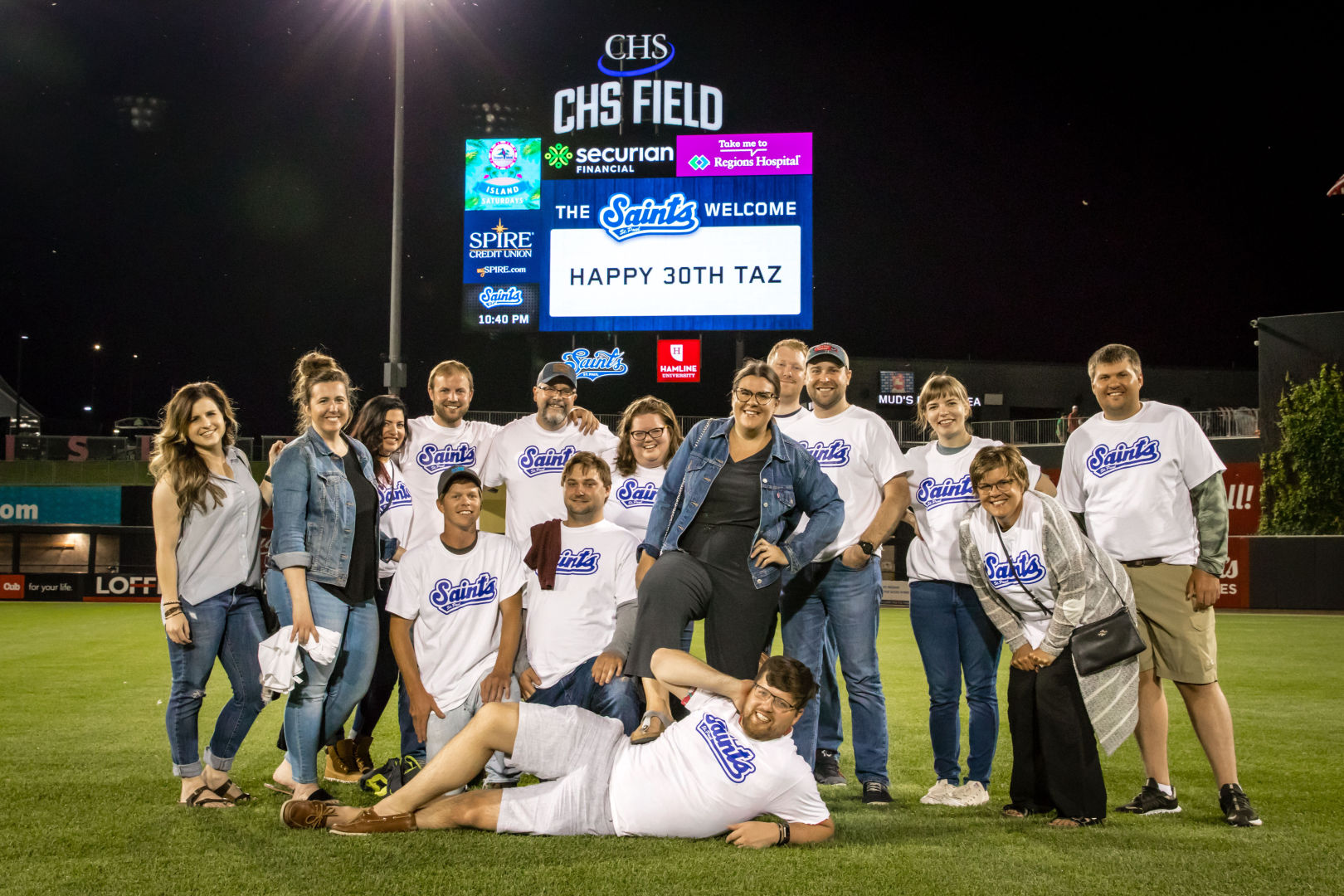 The Saints are known for the fun as much as the baseball! Below are some of the best ways to get your group involved in the fun!

Whether it's sumo wrestling, tire races, or a bus race, we'll get your group members into the middle of the action.  During the game, a few members of your group will get to take part in a Saints between-innings promotion or contest.

Your group will have its picture taken on the field with your group name in lights behind you on the Saints video board.  The photo will be taken by a Saints photographer who can also take up to three additional shots with cameras from your group.  Your Saints group representative will then e-mail you the photo to share.

Close out the game by throwing the final pitch of the night.  It's one thing to throw out a Ceremonial First Pitch.  It's quite another to throw out the Ceremonial Last Pitch.  One member of your group will be called on to do just that following the conclusion of the Saints game.